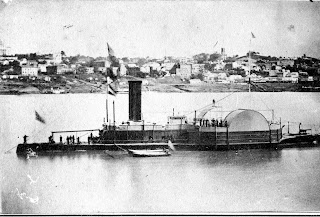 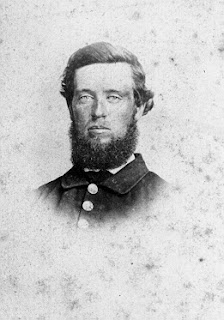 Grant Dickinson Collection
Rutherford B. Hayes Presidential Center
Lysander C. Ball, Jr. enlisted in the U. S. Navy at the age of 23 in July 1862 at Fremont, Ohio. He served as an ensign aboard the gunboat "U.S.S. Vindicator" as part of the Mississippi Squadron. Ensign Ball sent this carte de visite of the "U.S.S. Vindicator" at Vicksburg to sisters Alvira and Elvina Ball, living at home in Fremont, Ohio.  Ensign Ball initially served on board the "U.S.S. Petrel," which was captured and destroyed by the Confederates on April 22,1864. He was then assigned to the "U.S.S. Vindicator." The vessel was reworked for use as a ram and was assigned command of the 5th District of the squadron on July 4th, 1864 and deployed off  Natchez, Mississippi.
Following the Civil War, Ensign Ball returned to Fremont and married Hannah Morrison. The were the parents of five children: Martha, Charles, Elvira, Alma, and Evelina. After farming in Sandusky County, Ball moved to Lisbon County, North Dakota. 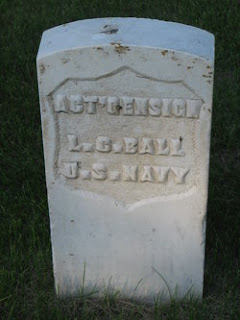 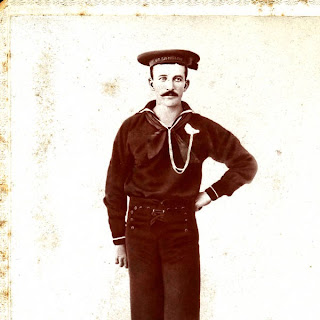 George Burton Meek
Killed aboard the USS Winslow
Thaddeus B. Hurd Collection
Fireman 1st Class George Burton Meek of Clyde, Ohio, is believed to be the first American  killed in the War with Spain. He was killed in action on board the  torpedo vessel USS Winslow at Cardenas, Cuba on 11 May 1898. He was buried at Clyde, Ohio 11 May 1899. The state of Ohio erected the monument pictured below in his memory. It was unveiled at Clyde, Ohio, 11 May 1916.
c 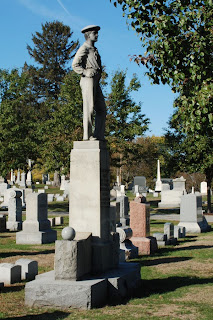 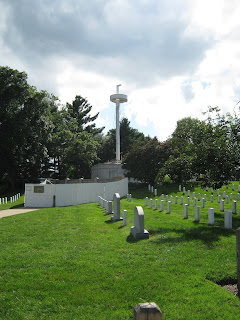