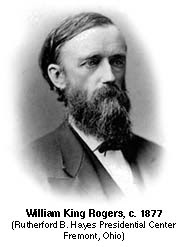 Columbus, Ohio native and ordained minister, William King Rogers was an early law partner of and later personal White House secretary to President Rutherford B. Hayes. Before the Civil War, Rogers moved to Minnesota where he was involved in the development of the cities of Hastings and Duluth. He also invested in railroads, a canal across Costa Rica and Panama, and mining interests in northern Mexico. Sadly, Rogers suffered financial losses in nearly all of his investments.

Despite his misfortunes, Rogers made a lasting contribution to the city of Duluth that exists to this day - the Skyline Parkway. As an investor in the Duluth Highland Improvement Company, Rogers realized that the development of his hilltop property depended on better access. As he surveyed the view of the city from the upper terrace, Rogers wrote that "no one can glance over it and doubt that one of the great cities of the world is here in the making...."

To that end, he advocated the construction of an incline railway to reach his land holdings. During a visit to Ohio in the summer of 1889, Rogers met with President Hayes at Spiegel Grove, explaining the importance of constructing the incline. 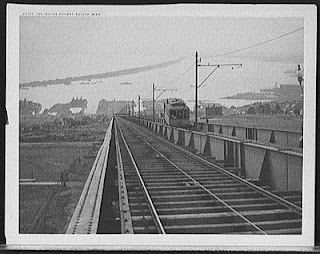 In his diary, Hayes indicated that he was fully aware that his dear friend Rogers was a poor businessman. Despite his concerns, Hayes agreed to invest in the project. Hayes believed that his share of the cost should have been one-tenth, but in reality, Hayes knew that he was paying one-sixth of the construction costs. To secure his investment, Hayes explained that his portion would only be forthcoming when the incline reached the Duluth property he himself owned. At right, is a 1904 image of the incline railway from the Library of Congress Prints and Photographs Division. 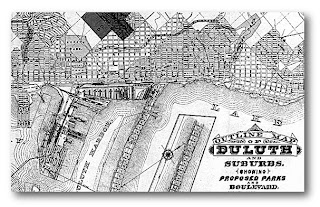 At left, is a map of Duluth given to President Hayes by Rogers. According to Mark Ryan in his article, "The History of Skyline Parkway," the incline intersected with the Old Beach Road, a path that followed a natural terrace left behind by glaciers.

In 1875, Rogers had looked out over the view from the terrace - the lake nearly 500 feet below. It was then that he conceived of a park system that would one day feature a citywide boulevard built across the hilltop, following the natural terrace. Such an improvement, he was certain, would attract more real estate investors. 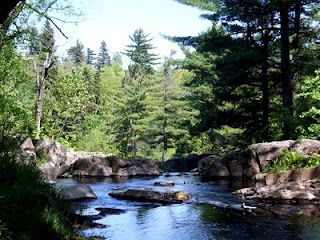 As head of Duluth's park board, Rogers wrote to Hayes early in 1889, telling him that work on the parks and driveway had already begun. He believed that construction costs for four miles of the terrace boulevard would not exceed $5,000. "Nature has done the work" of creating a natural roadbed by grading, graveling, and draining. A wooden fence followed the boulevard's rim. Boulders were placed near the curves. Known as Rogers Boulevard or Terrace Parkway, the road was an immediate attraction for tourists and locals who enjoyed Sunday caravan rides and the spectacular view of Duluth and its harbor.

Due to ill health, Rogers resigned from the park board in 1891. He returned to Ohio, where he died in 1893. But others had already caught hold of his vision and would extend and complete the scenic byway. The total cost reached $312,000! Originally, the boulevard ran from from Chester Creek to Miller Creek, a distance of some 5 miles. Today, linked by bridges and parks, Skyline Parkway extends nearly 25 miles. Above, right is one of Bob Hendrickson's 2007 photos of Chester Park available on Google Earth. The breathtaking natural beauty that so captivated Rogers more than 100 years ago remains evident today.
Many of Rogers' Papers are located at the Hayes Presidential Center. His correspondence with President Hayes is part of the Rutherford B. Hayes Papers. 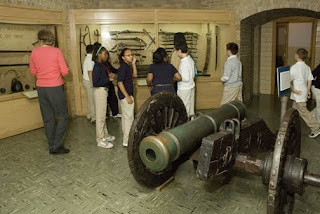 On November 18,19, and 20th, more than 300 4th grade students from six Sandusky City Elementary Schools visited the Hayes Home and Hayes Museum. Their firsthand learning experience was made possible by The Sidney Frohman Foundation, who sponsored the students' participation in the Hayes Center's Curriculum Connections educational program.

Developed by the Hayes Presidential Center staff, Curriculum Connections is a three-part program, providing a "classroom satellite" experience by incorporating Ohio's Social Studies Academic Content Standards into a pair of DVD resources given to teachers for classroom use before and after students' onsite visit.


In a time of tight school budgets and greater emphasis on meeting curriculum goals, schools have been forced to cut back or eliminate visits to Ohio's historic sites. In the words of one teacher: " The Sidney Frohman Foundation's sponsorship of the Curriculum Connections program gave us a chance to lift history from the pages of the book for our students! The 'real thing' has enduring appeal."


Curriculum Connections allows teachers and students to better connect with our nation’s past, Ohio’s history, and our local history while addressing Ohio’s Social Studies and English/Language Arts Academic Standards.


The program finds sponsors, like The Sidney Frohman Foundation, that are willing to cover admission and/or transportation costs for school children to visit the Hayes Presidential Center.


Hayes Presidential Center Development Director Kathy Boukissen is seeking additional sponsors for school systems that do not have adequate funding for a visit. For more information about Curriculum Connections or to donate to the program contact Kathy at 419-332-2081, ext. 26 or email her at kboukissen@rbhayes.org.
Posted by Nan Card at 5:21 PM No comments: