A Friendship Forged Amid the Bloodshed of Shiloh 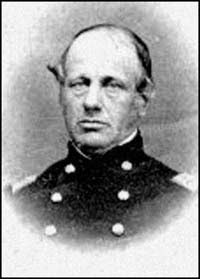 One of the most prominent national figures to ever visit , Ohio was General William Tecumseh Sherman, commanding general of the United States Armies from 1869 to 1884. Sometimes he accompanied President Hayes, but whatever the reason for his visit, never failed to make his way to the home of attorney Ralph P. Buckland. Their common bond was their shared experience at the Battle of Shiloh, the Civil War’s first great bloody battle. 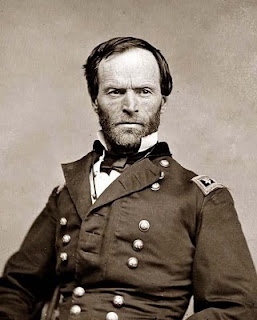 Ignoring warnings of an imminent Confederate attack, was surprised on the morning of , when thousands of Rebel troops streamed out of the woods and attacked his division of green troops. Terrified, hundreds of soldiers threw down their weapons and fled to the rear. But somehow in the chaos of battle, Buckland kept his cool and the 72nd held its ground. The Sandusky Countians unleashed a withering fire as Rebels charged their front. quickly amassed what troops he could around Buckland’s defensive stand and held off the enemy long enough for Union forces to reorganize and avoid a complete rout. 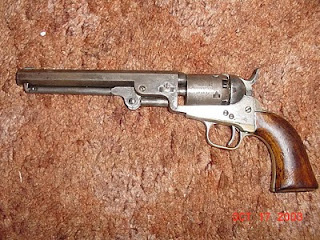 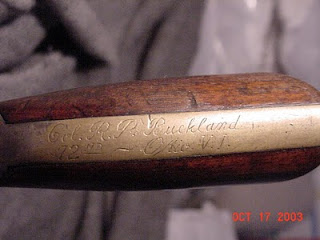 Rather than accusing of negligence, Americans hailed him as a national hero for his courageous leadership under fire. No doubt, grateful to Buckland, gave high praise to the “cool, intelligent” Buckland, whose brigade was “the only one that retained its organization.”

was a turning point in ’s life. Only an average student at and a failure in civilian life, he re-entered the Army at the outbreak of the Civil War. After enduring defeat at and humiliation in the press for dire predictions of Union failure in , suffered intensely. After , he found his footing under the command of Ulysses S. Grant. Together they formed a lethal combination.

An advocate of total warfare and never one to evade hard truths, said, “You cannot qualify war in harsher terms than I will. War is cruelty, and you cannot refine it.” Called hero and liberator by some and demon and destroyer by others, General William Tecumseh Sherman earned his reputation as ’s first modern general.

Lloyd Abbott with the 24th Marines at Iwo Jima 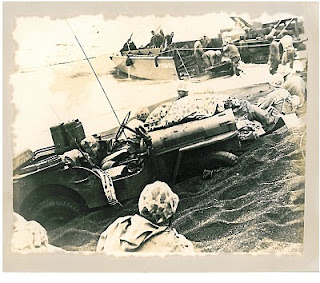 The ten-part mini-series, The Pacific will soon air on HBO. One portion will focus on Iwo Jima. In February 1945, a U. S. force of some 70,000 Marines invaded Iwo Jima, a small volcanic island some 500-plus miles south of Tokyo. It was defended by more than 22,000 Japanese. Americans expected Iwo Jima to fall within five days. However, the battle lasted from February 19th to March 26th. The United States suffered more thant 6,800 fatalities and nearly 20,000 wounded. 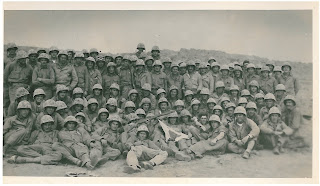 The nearby pictures are those preserved by the late Lloyd E. Abbott of Burgoon, Ohio. Lloyd was born in Helena, Ohio, in 1925. He entered the United States Marine Corps May 18, 1944. He donated these photographs and others, along with his wartime letters, to the Hayes Presidential Center. Lloyd was part of the 24th Marines , 4th Division. Corporal Abbott joined the 24th Marines in Hawaii as a replacement for losses suffered by the 24th in the Marianas. In late January 1945, the 24th sailed for Iwo Jima with other 4th Marine Division units. The 24th encountered fierce resistance and were often involved in hand-to-hand combat. The regiment suffered 652 killed and 1,053 wounded.

At left is a picture of Company A and Company B of the 24th Marines, who survivied Iwo Jima. The photograph was taken just prior to the regiment's departure. Corporal Abbott identified himself as the Marine standing in front of and between the two talles 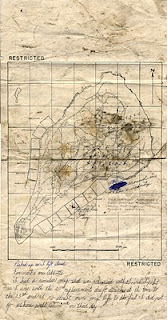 t soldiers in the back row. Much later he recalled the hoards of flies that descended on the island and the black sand that made maneuvering so difficult. Although Corporal Abbott did not see the raising of the American flag at Mt. Suribachi by his fellow Marines, he distinctly remembered the shouts that went up from the island. At left is a map of Iwo Jima. Corporal Abbott wrote that he picked it up as he was leaving the island. Click on the map to read Corporal Abbott's notes and see his landing location (x marks the spot).

The photograph of Corporal Abbott and his fellow Marines was taken aboard the U.S.S. Newberry, a 12 1/2-ton troop transport. The photograph is a reprint of the original owned by one of Abbott's comrades. Abbott identified himself as sitting in front of the organ. Interestingly, Abbott stated that he celebrated Easter twice as the 24th Marine Division on board the Newberry crossed the International Date Line on Easter. 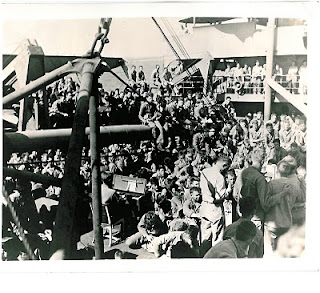 The 24th Marines remained in Hawaii until October 1945 when it was ordered back to California where it was deactivated. Corporal Abbott was discharged from the United States Marine Corps on May 28, 1946. He returned to farming at his home near Burgoon, Ohio. Lloyd Abbott passed away in 2008.
Posted by Nan Card at 5:08 PM No comments: