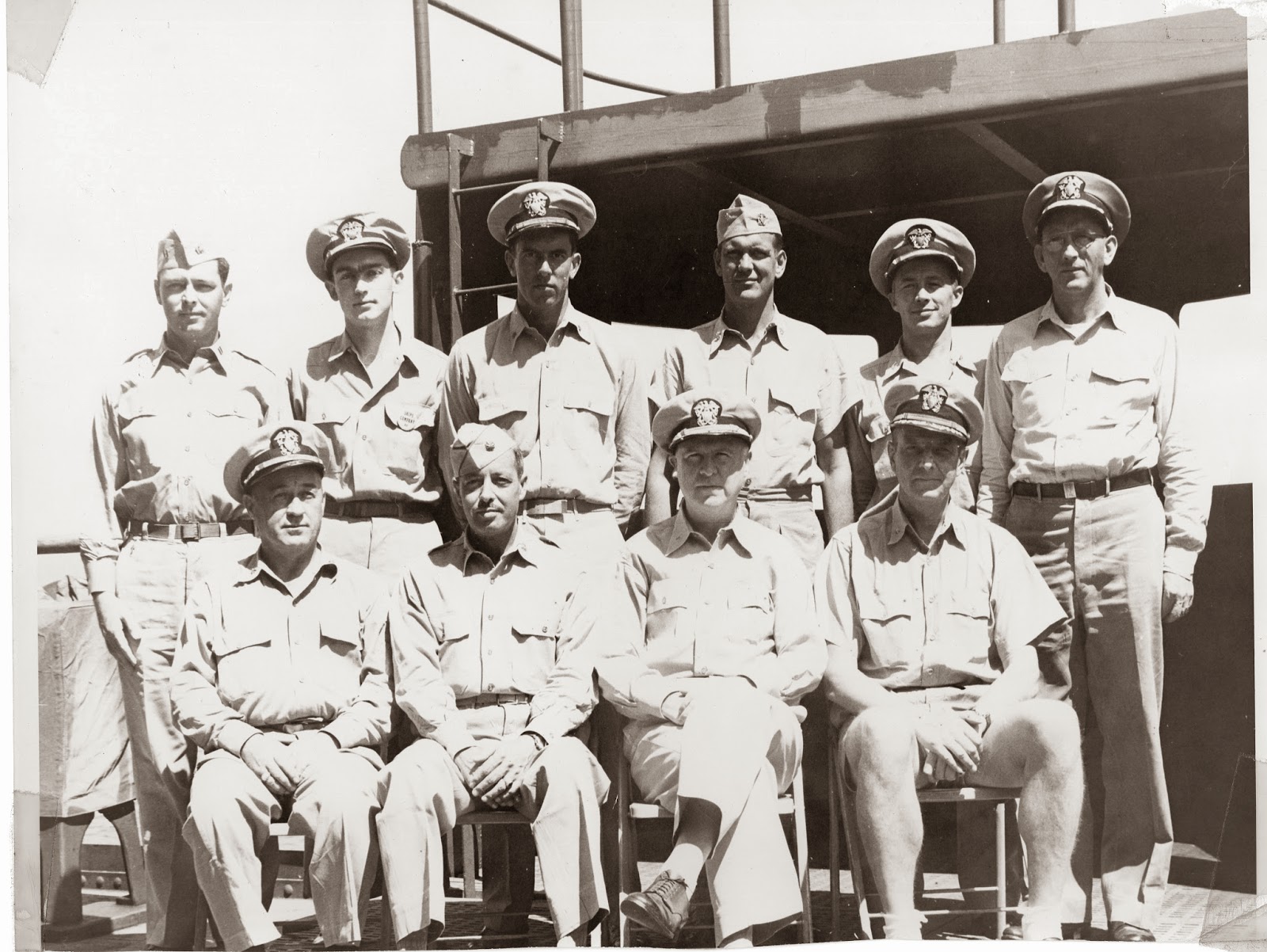 Officers of the U.S.S. West Point
Her captain was Webb C. Hayes II (seated second from the right)

During one of his return trips across the North Atlantic during the winter of 1944/1945, Admiral Hayes guided her through a raging storm in which waves swelled to 50 feet. The West Point pitched and rolled. One wave struck the forward gun platform, 50 feet above the water line. The waves demolished the gun platform, crushing a gunner on lookout. Steel ladders were crumpled into shapeless debris and gun shields were ripped to shreds. Only her size and the sea worthiness of her construction allowed her to escape with only the loss of one sailor and minor damage. 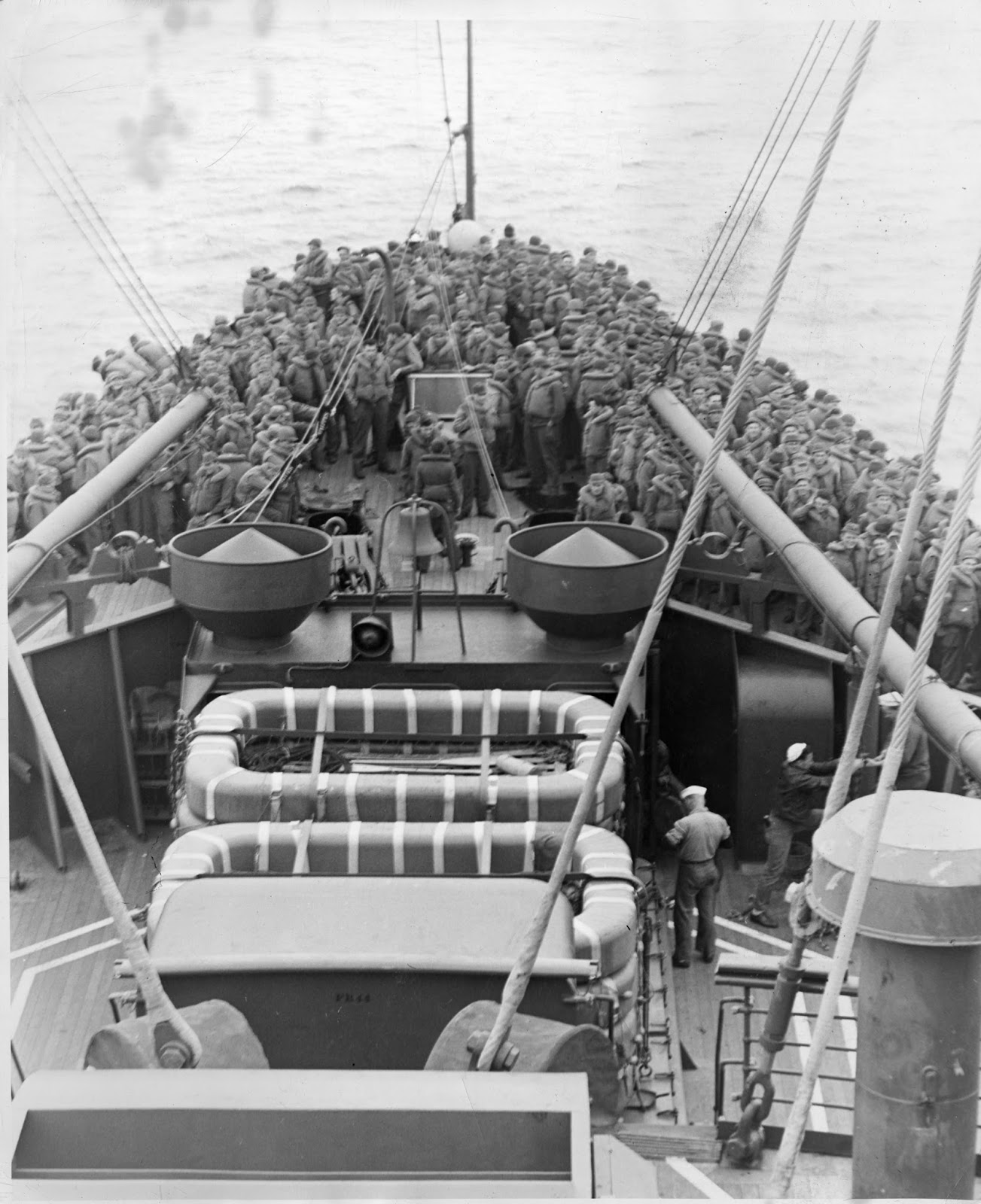 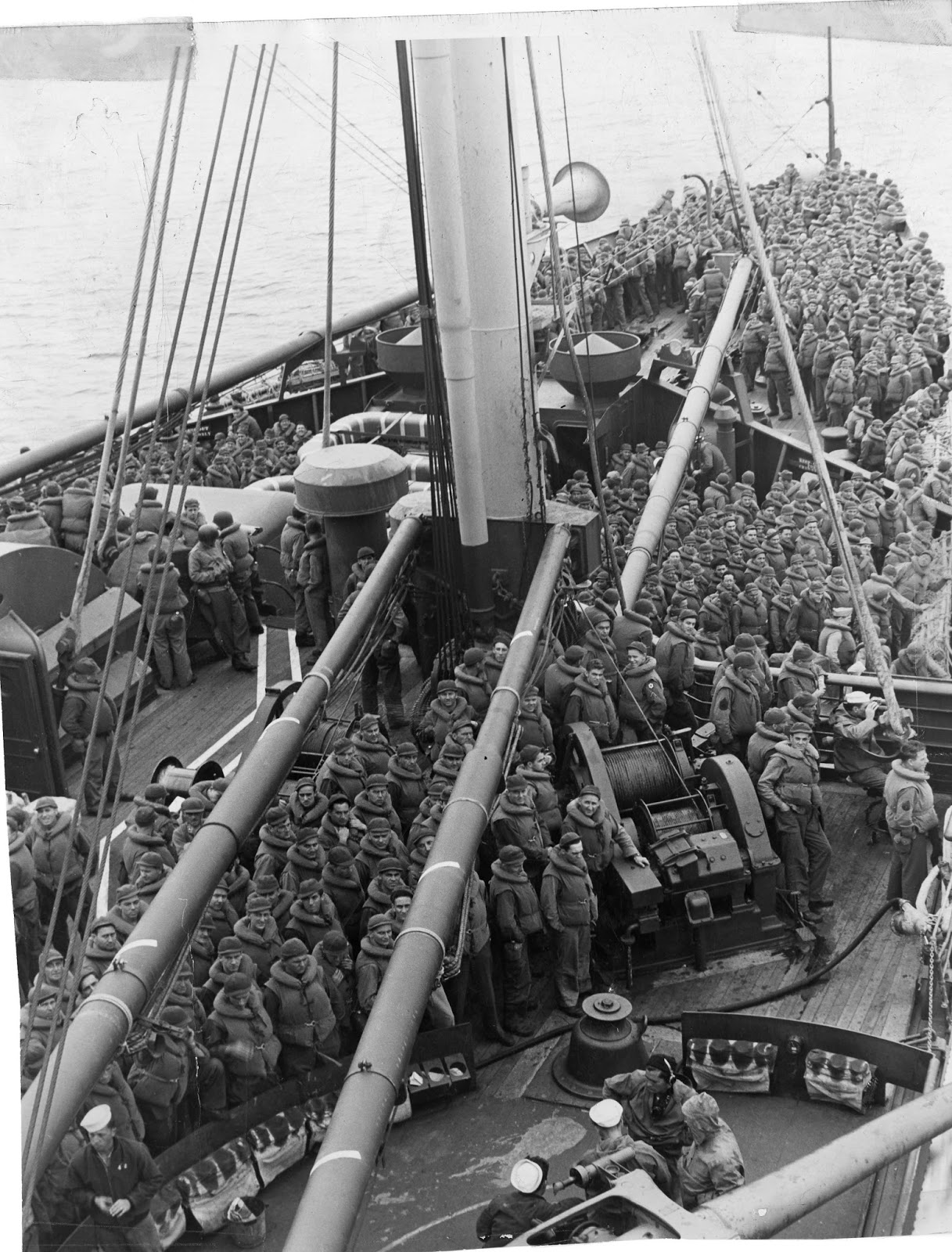 G.Is aboard the U.S.S. West Point

U.S.S. West Point transporting U.S. soldiers home from Europe after V.E. Day. The vessel had a crew of more than 800. She could carry as many as 7.,700 passengers 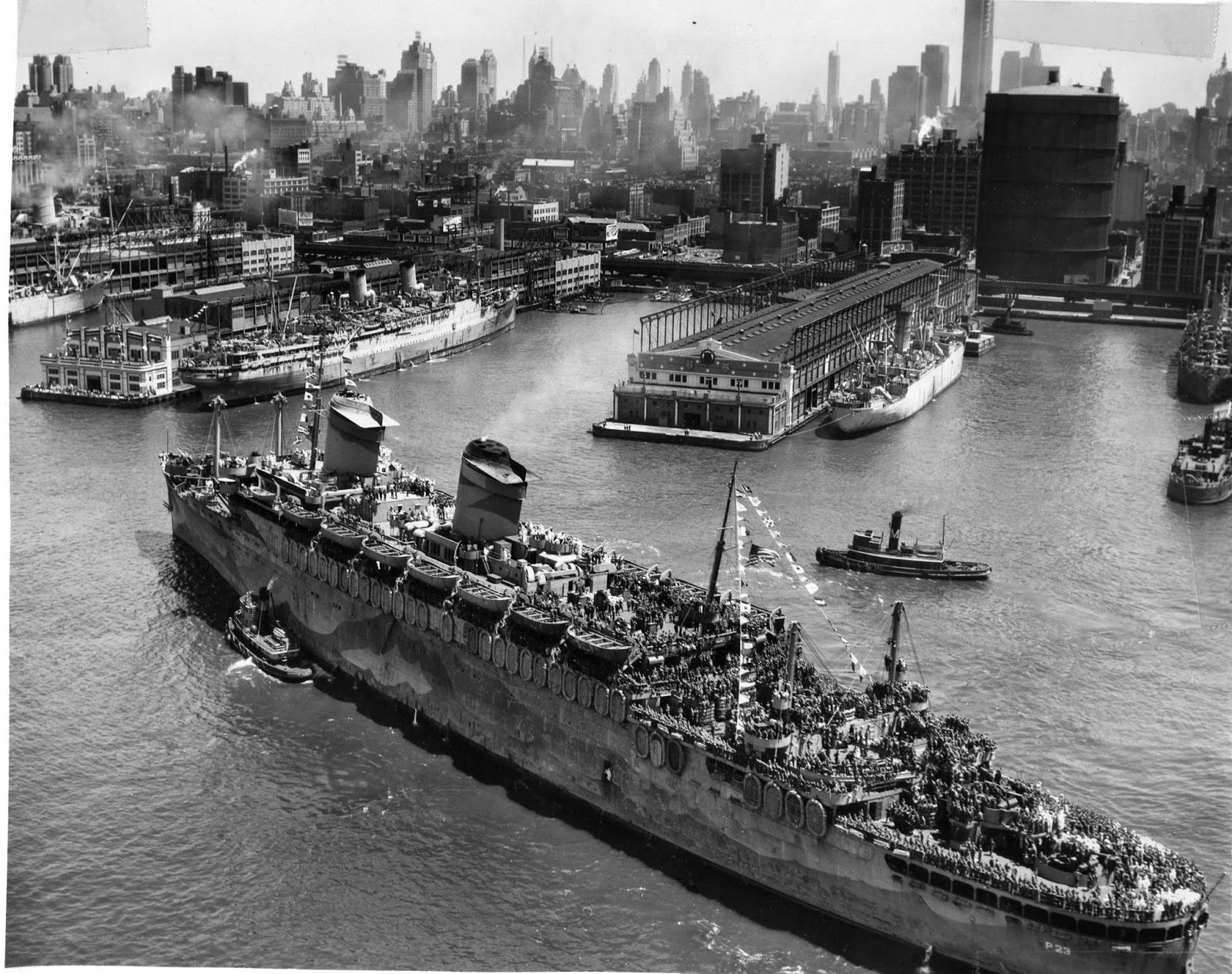 These photographs are part of the Admiral Webb C. Hayes Collection at the Hayes Presidential Center