Mouse Island and the Hayes Family 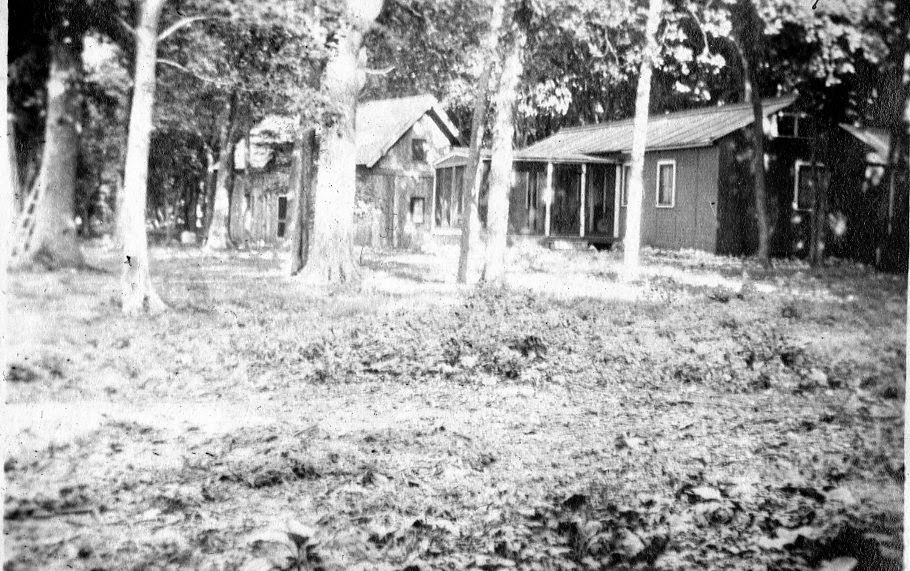 “There is something romantic in that idea of having an island all to one’s self. Ex-President Hayes felt it years ago when his children were young, for he bought a mile or so off the [Catawba] Peninsula, a small island ” …. so wrote Henry Howe in his history of Ohio. Howe further described the island as "a very small affair, so small one might someday take a fancy to pick it up, slip it in his vest pocket as he would his watch and walk off with it.”

Hayes believed it would be a great spot for his family to camp, boat, swim, and especially fish (Lucy’s favorite past time). When Hayes returned to Ohio during his presidency, the family spent time on the island. In 1879, Hayes purchased Dr. Rawson’s portion of the island. And at the turn of the century, the Bucklands exchanged their portion of Mouse for land Hayes and the Bucklands owned jointly in Omaha, Nebraska.

Through the years, Hayes had numerous opportunities to sell the island, but his children and their friends continued to enjoy time spent each summer on the heavily wooded island. President Hayes’ son Birchard and his children Webb, Scott, and Walter, built two cabins, a boat house, dock, ice house, tennis court, and a hand ferry to shore. They also supplied the island with water.

The brothers worked each summer to repair damage brought on by the previous winter’s storms. But time and weather continued to take a toll on the island’s structures. With Scott’s move to Los Angeles and Admiral Webb Hayes away much of the time, there were fewer opportunities for the Hayes grandchildren to visit the island. Even though time spent at Mouse became rare, it was not until 1966 that they finally decided it was time to part with the “emerald isle” the family had enjoyed for more than 90 years! 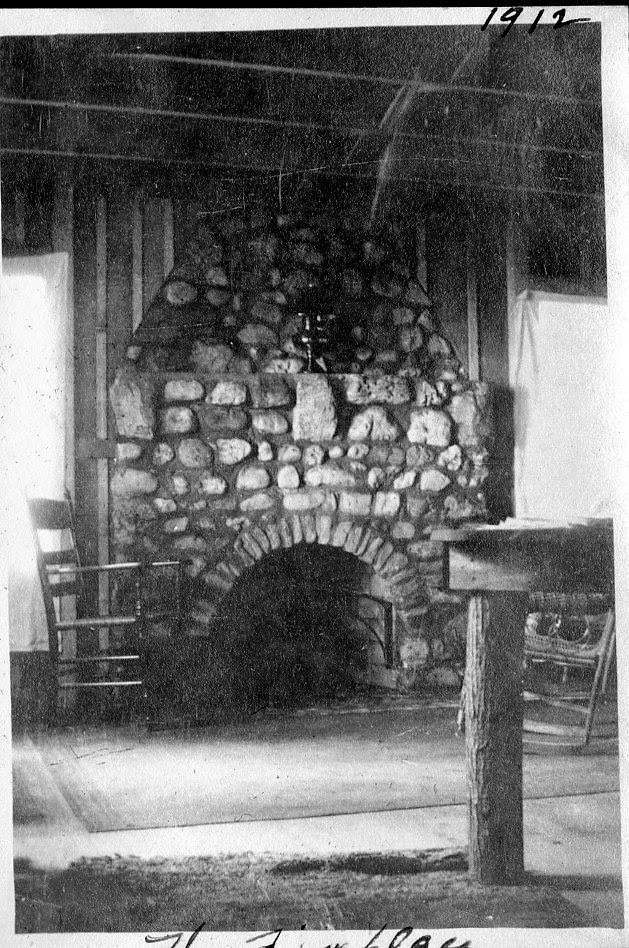 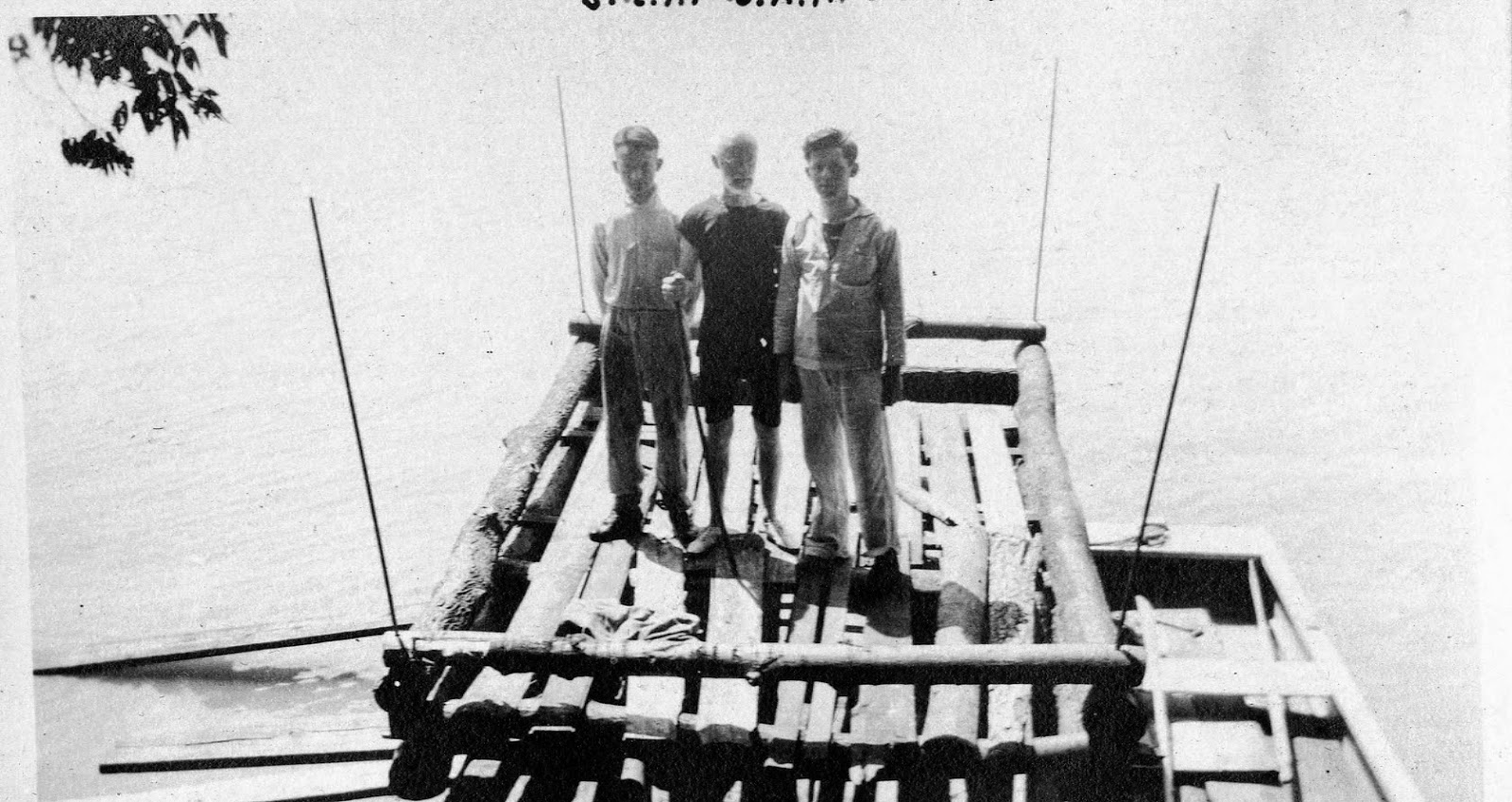 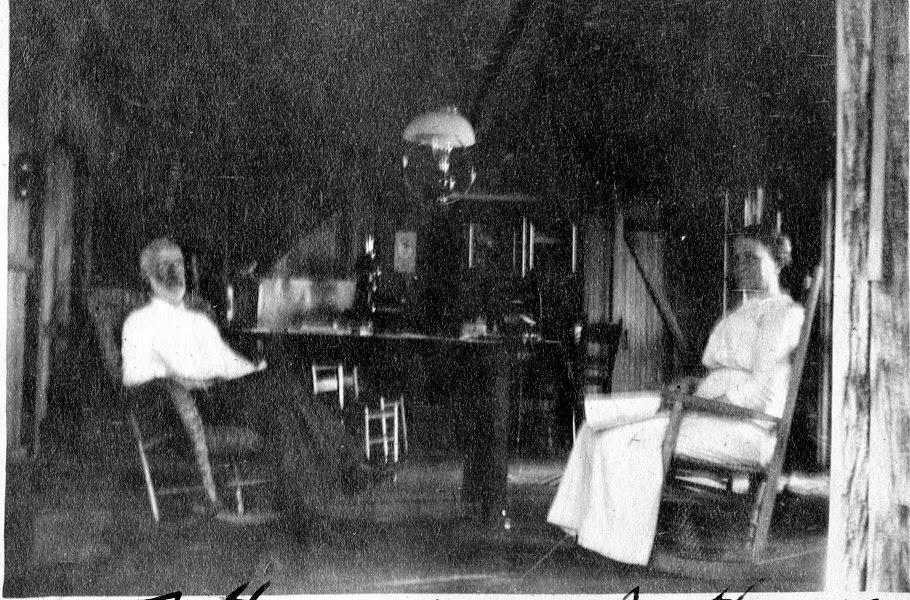 Mr and Mrs. Birchard Hayes at the Cabin 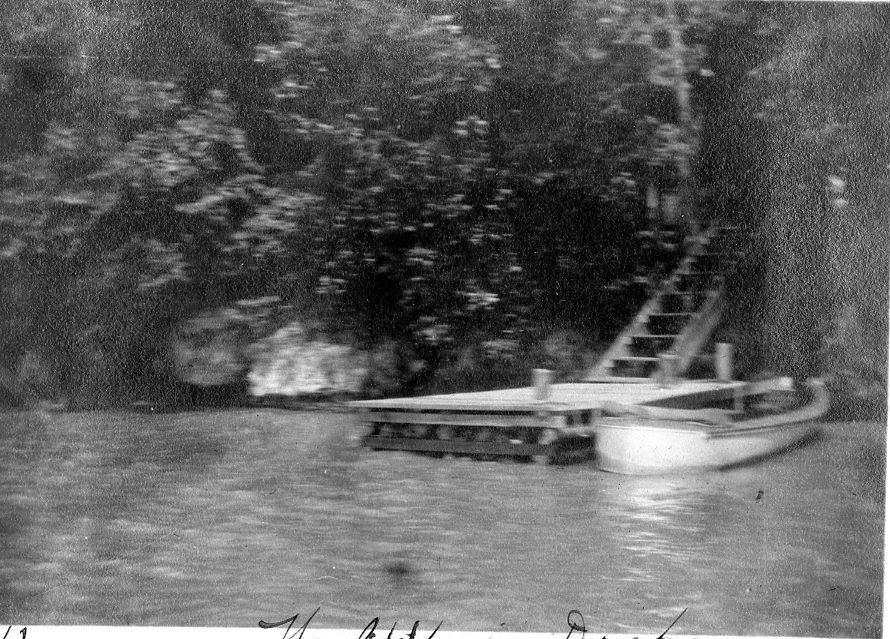