Ulysses S. Grant: A Look Back

This year the Hayes Presidential Library and Museumsat Spiegel Grove will  celebrate the 200th birthday of the 19th president who was born in Delaware, Ohio on October 4, 1822. Celebrations will soon be underway for another Ohio president, also born 200 years ago. Ulysses S. Grant was born on the 27th of this month near the Ohio River at Point Pleasant. The son of a tanner and later a West Point graduate and a veteran of the War with Mexico, Grant suffered innumerable failures and setbacks in his personal life. 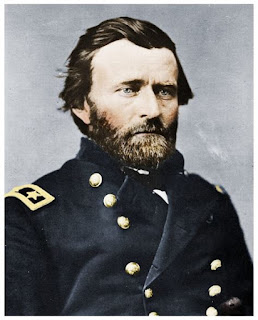 But with quiet confidence and enduring love for his wife Julia, Grant in 7 years rose from a lowly clerk in his father’s store to commander of all the Union armies and President of the United States.

As president, Grant advanced the Reconstruction agenda, battled the KKK, and signed the Civil Rights Act of 1875. There were mistakes and scandals. Yet, he became the most well-known and popular American of his time. When Grant left office after two terms, future President James Garfield wrote, “No American has carried greater fame out of the White House than this silent man who leaves today.”

While a great general, Ulysses S. Grant was a poor businessman. Swindled by his son’s brokerage partner, Grant found himself destitute.  A short time later, his doctors gave him the sad diagnosis of throat cancer. With a death sentence before him, Grant could only think of providing a way out of poverty for his beloved Julia.

Mark Twain offered an advance of $25,000 for publication of each of 2 volumes of his military memoirs, but Grant refused believing that Twain would lose money. They settled on a profit sharing deal. Even though he was in a race against time, Grant proved to be a gifted writer. Through excruciating pain, fits of coughing and at times, unable to eat or speak, he continued to write. Finally, on July 19th, 1885, Grant penned his final words. Four days later, the man who had saved the Union breathed his last. More than one million people, both Union and Confederate, attended his funeral in New York City. 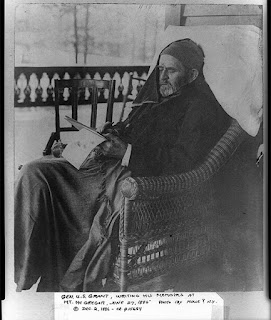 Grant’s “Personal Memoirs” became America’s first blockbuster. As he had hoped, Julia lived on in comfort, receiving $450,000 from Twain’s firm. To this day, his work has never been out of print. Every president since, has consulted Grant’s memoirs when writing their own.

As one historian wrote, “In the generations after his death in 1885, Grant’s reputation as a general and president spiraled downward until the current generation of biographers and historians has persuasively resurrected it.” Another wrote, “…how fortunate the nation was that Grant went into the world – to save the Union, to lead it and, on his deathbed, to write one of the finest memoirs in all of American letters.” Pick up one of these recent biographies or better yet, read his “Personal Memoirs.” They do not disappoint. 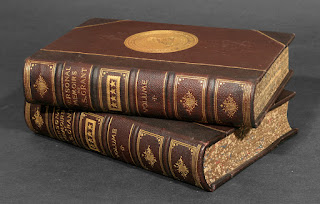