The Dart Boat: A Revered Classic 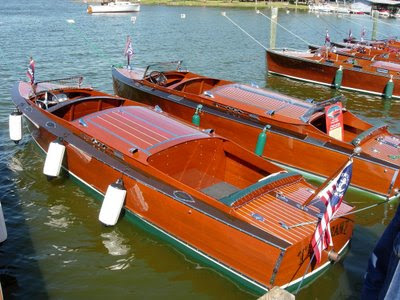 On August 23rd the Toledo Antique and Classic Boat Society held its annual show at International Park. Featured are antique and classic wooden boats built from the 1920s to the 1960s. Many have been lovingly and painstakingly restored to their former glory by skilled craftsmen. One of the truly revered classics is the Dart. Manufactured by the hundreds and sold around the world, the inboard mahogany runabouts were known for their speed, durability, and seaworthiness.

The Dart was originally built by Lima’s Indian Lake Boat Company. In 1928, a group of businessmen, headed by Admiral Webb C. Hayes, grandson of President Hayes, purchased the rights to build the Dart. Located on Summit St. in Toledo, the company eventually employed nearly 100 craftsmen led by the Dart’s original designer Hocky Holler.

The Dart’s closely spaced frames were constructed of clear white ash. Its hull was strengthened with steam bent white oak. The beautifully balanced Dart also featured a laminated double bottom with a layer of canvas duck between its inner and outer mahogany bottoms. Its deep “V” shape and planing hull were perfect for cutting through the choppy waters of Lake Erie at high speed. Every boat featured the racy chrome Dart “arrow” logo that came to symbolize speed and quality among boaters worldwide. “More speed per horsepower” became the company’s motto. The Dart was a favorite of “bootleggers” who were “hauling the mail” across Lake Erie during the days of Prohibition. Even fully loaded (75 cases of liquor), the Dart could speed across the lake at night, outrunning any and every Coast Guard vessel.

Burdened with the construction of a new plant on Haynes Street, Hayes and his partners had limited time for marketing. But the Dart’s reputation for speed needed little promotion. She gained international attention in 1929 when a 26-foot Silver Dart runabout raced along the River Ouse against England’s fastest train, the famous “Flying Scotsman.” The sleek and sophisticated Dart runabout won hands down. Photographs of the event soon hit boating magazines. Sales skyrocketed. Orders came in from as far away as Jerusalem, where a Dart runabout became the first speedboat to cruise the waters of the Dead Sea. 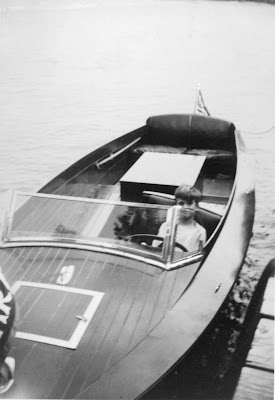 To fill their back orders and meet growing demand, Hayes and his partners planned a 24-hour work schedule that would allow the company to manufacture three boats per day. The company offered four models – an 18 ½-foot; 22 ½-foot; 26-foot and 30-foot, ranging in price from $1,500 to $5,000. There were three-cockpit, split-cockpit, open and sedan models to choose from. The queen of the fleet was the 30-foot Gold Dart with its 125 horsepower Chrysler Imperial engine.

But just as rapidly as sales soared, they quickly nosedived. The Great Depression devastated the company. Hayes tried to forestall liquidation, but by late1933 the Dart Boat Company faded into history. Today, it is estimated that only 30 to 40 of the sleek, graceful Dart runabouts survive.

Play the video and watch Admiral Webb C. Hayes and Hayes Family members in a Dart Boat on the Maumee River at Toledo, Ohio and on Lake Erie at Put-in-Bay and Middle Bass Island. The video is a segment of a film made by the family of Admiral Webb C. Hayes. The film is part of the Hayes Family Collection at the Rutherford B. Hayes Presidential Center

This article first appeared in Lifestyles2000.